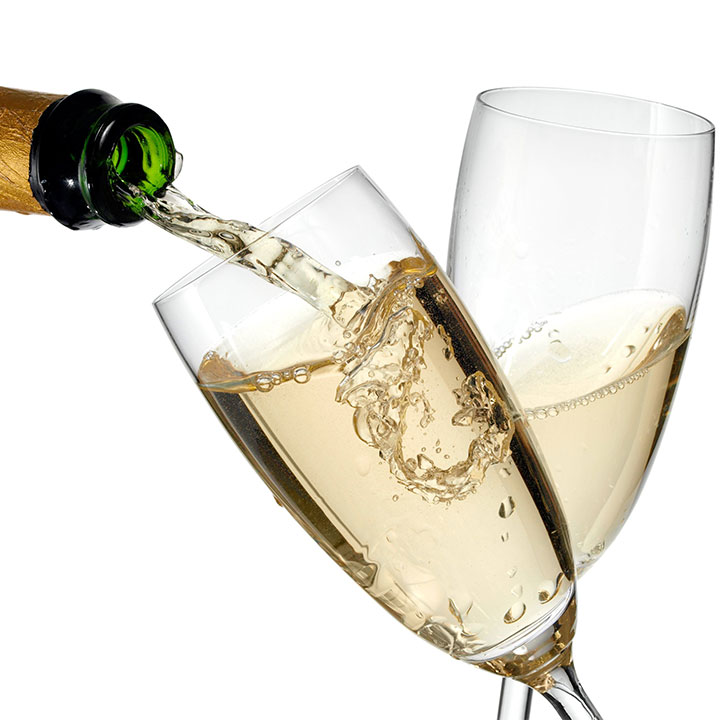 Prosecco is a white wine with Controlled Denomination of Origin (DOC) since 2009, when its quality has been recognized worldwide. It is the Italian wine most exported abroad. The production area of Prosecco DOC is located in northeastern Italy and precisely in four provinces of Friuli (Gorizia, Pordenone, Trieste and Udine) and in 5 provinces of Veneto (Belluno, Padua, Treviso, Venice and Vincenza). The grapes for the production come mainly from Glera, a native vine of eastern Italy known since antiquity. The vinification of Prosecco is a practice that initially spread in the Goriziano region and later, through Venice, in Dalmatia and Vicenza. But with the passing of the centuries the production moved consolidating in the areas of the current Treviso area. The post-war period marked an extraordinary success for Prosecco to create countless imitations all over the world. To curb this phenomenon and protect the original vine, on 17 July 2009 the area and production regulations known as DOC were circumscribed.

Our lands are all located along the countryside of the village of Vallio di Roncade, where thanks to the peculiarities of the area of alluvial nature and rich in limestone debris becomes a strategic place for the production of excellent wines in a genuine environment that has kept all unchanged the traditional elements of the Treviso countryside. We cultivate our vineyards with passion and dedication for years, respecting the environment by combining the know-how passed down from generation to generation, to the science of ampelology that has revolutionized modern agriculture.

The Piovesan farm produces different types of prosecco: sparkling Prosecco, vintage, extra dry, and prosecco sur lie or better known as prosecco with the bottom. We use Glera grapes for all our proseccos, following a multi-step selection process aimed at preserving their flavor and quality. Particular attention should be paid to Prosecco with the bottom: the enormous success is due to the vinification procedure. The grapes are harvested exclusively by hand and selected, the fermentation takes place spontaneously in the bottle by adding natural yeasts and in this way a wine with a pale straw yellow color is obtained. The original vinification process is of French origin called "sur lie" literally "on the lees": in this way a round, harmonious and fruity wine is obtained. You can drink decanted, separating the bottom, or "shaken" by mixing it directly into the glass.